► Tupi or not tupi

Extracts from «The Performance of Becoming Human» by Daniel Borzutzky

You won’t find wreaths or confetti in Daniel Borzutzky’s poetry. Closer to oral narratives, his poems guide us through labyrinths of a hallucinatory high-definition nightmare, where the world’s absurdity seems all too recognizable. Borzutzky was born in Pittsburgh in 1974 to Chilean immigrant parents, making his relationship with Chile and Spanish intimate. But beyond this connection, his poetry interacts with Chile and Latin America by dealing with issues of Latin American immigration to the United States, border spaces, the gringo perception of Latinos, and, in general, the cultural impact of empire. Borzutzky’s adopted city of Chicago proves another, although sinister, connection to Chile, for his poetry seems to emanate from a universe where the Chicago school of economics governs a spectacle of happiness for some and misery for others. Something in here reminds us of Orwell and Rodrigo Lira, Nicolás Guillén and Osvaldo Lamborghini, a transculturation of insanity and hope.

Borzutzky’s extensive work includes the following volumes of poetry: The Book of Interfering Bodies (2011), Memories of My Overdevelopment (2015), In the Murmurs of the Rotten Carcass Economy (2015), Lake Michigan (2018, finalist for the International Griffen Poetry Prize), and The Performance of Becoming Human, winner of the 2016 National Book Award. He is also a renowned translator, bringing into English books like Jaime Huenún’s Port Trakl, Raúl Zurita’s The Country of Planks and Song for his Disappeared Love, and Galo Ghigliotto’s Valdivia, which won the ALTA National Translation Award in 2017.

The extracts of poems we have reprinted below are from The Performance of Becoming Human, translated into Spanish by Galo Ghigliotto as La performance de volverse humano, recently published in Chile by Editorial Cuneta. This is Borzutzky’s first volume of poetry in Spanish and we can’t help but comment on this fresh exchange between the author and translator. Borzutzky and Ghigliotto have made a swap that reveals an integral process in the Latin American experience of authorship: translating, writing, and being translated.

The Performance of Becoming Human

On the side of the highway a thousand refugees step off a school bus and into a sun that can only be described as “blazing.”

The rabbi points to the line the refugees step over and says: “That’s where the country begins.”

This reminds me of Uncle Antonio. He would have died had his tortured body not been traded to another country for minerals.

This is a story about diplomatic protections.

The refugees were processed through Austria or Germany or maybe Switzerland.

Somehow they were discovered in some shit village in some shit country by European soldiers and taken to an embassy where they were promptly bathed, injected with vaccines, interrogated, etc.

There was only one gag, says the rabbi, as he tucks his children into bed. So the soldiers took turns passing the filthy thing back and forth between the mouths of the two prisoners. The mother and son licked each other’s slobber off the dirty rag that had been in who knows how many other mouths.

You love to write about this, don’t you?

I am paid by the word for my transcriptions. Just one more question about the gag.

He wants to know what color the gag was, what it was made of, how many mouths had licked it. Hundreds, thousands, tens of thousands?

They used their belts to bind them by the waist to the small cage they were trapped in.

Everything reminds me of a story about an ape captured on a boat by a group of European soldiers who showed him how to become human by teaching him how to spit and belch.

Everything is always about the performance of becoming human.

Observing a newly processed refugee, the rabbi says: “I have seen those blue jeans before.”

At times like this, he thinks: I can say just about anything right now.

This is, after all, a bedtime story for the end of the world.

The broken bodies stand by the river and wait for the radiation to trickle out of the houses and into their skin.

They stand under billboards and sniff paint and they know the eyes that watch them own their bodies.

A more generous interpretation might be that their bodies are shared between the earth, the state and the bank.

The sentences are collapsing one by one and the bodies are collapsing in your bloody hands and you stitch me up and pray I will sleep and you tell me of the shattered bus stops where the refugees are waiting for the buses to take them to the mall where they are holding us now and there is a man outside our bodies making comments about perspective and scale and light and there is light once more in your bloody fingers.

All I see is the sea and my mother and father falling into it.

They smell the gringo cheese.

Your gringo cheese it smells so good.

They need Speedy Gonzales to get them some ripe, fresh, stinky gringo cheese.

Do you know this Speedy Gonzales, asks one of the starving wetback mice.

Ha ha ha the little border-crossing, sneak-fucking mouses think it’s cute that they’re invading our culture to steal our cheese but it don’t make a difference because you and I (cue the rhythm and blues) we are taking a stroll on the electrified fence of love cause I feel a little Southern Californian transnational romance coming on right about now.

What do you make of this darkness that surrounds us?

They chopped up two dozen bodies last night and today I have to pick up my dry cleaning.

In the morning I need to assess student learning outcomes as part of an important administrative initiative to secure the nation’s future by providing degrees of economic value to the alienated, urban youth.

So for now hasta luego compadres and don’t worry too much about the bucket of murmuring shit that is the unitedstatesian night.

In the Blazing Cities of Your Rotten Carcass Mouth

The children were eating the bushes outside of their former houses that had been crushed by The Bank of America.

There was a boy in a bush singing an improvised song about a bulldozer that obliterates the bureaucratic centers of the earth.

Do you remember cheese, he sang to his friend.

Do you remember ferries, he sang.

Do you remember school bells and cowards and the boys who would come to our yard to eat the scraps of food we threw to them before the city started to blaze?

Then I found a dying shack and I met a man with a chain and he was snoring and talking in his sleep and he smelled like pee and complained he had lost his pension when they privatized the city in the dying days of the rotten carcass economy.

Looking after the world is a shitty job if you’re really not a people-person.

He slept on the floor with a chain tied to him.

It rode over his crotch and for twenty-three dollars he would bless you into heaven so you would not have to remain in the purgatory of the blazing city.

The further I fall the smaller I become, he chanted.

Imagine there is a matzah-ball bandito in your house. You buy lots of matzah balls and mix them with jalapenos and Fritos and light them on fire and then you survive the apocalypse because Fritos can stay lit forever and you don’t need to find kindling or any of that other stuff so you finally have time to study Karlito Marx while watching Manchester United’s Mexican hero Chicharito Hernandez score a poacher’s golazo in the waning seconds of the Carling Cup while eating hallucinogenic mushrooms while watching Eric Estrada on Chips on another screen and listening to a podcast of the Book of Leviticus on your iPod Touch while Skyping with your mom while sexting with your boyfriend who works for the secret police.

Write a sonnet or a villanelle about this experience and do not use any adjectives.

Then I clutched a man trapped beneath my body.

He refused to stop breathing and so did I.

There were echoes trapped in the wall and they belonged to the broken bodies waiting for the boat on the river.

And the man in my arms said: Are they ordinary people, these trapped voices?

They are ordinary, I said. Demolished, relentless, alone.

They fed them the appropriate medications, soothed them with the appropriate words, taught them the proper techniques to heal themselves so that they might be able to survive their minds in the murmurs of the rotten carcass economy

Hello. What talks to you at night?

Are you haunted by the voices of the immigrants who suffocated in a truck abandoned on the side of the Arizona highway?

He didn’t mean to be gone for sixteen hours

Only a couple died

Actually, he said, I prefer my nightmares with a more urban twist

Did you hear the one about the refugees who could make the bus stop explode?

They were from New Orleans

They were from Mexico

A trick of the camera and now they are collapsing bridges that toss foreign cars into an angry, salty ocean

It was a gesture developed in a think tank

The dying man had two bodies

One body was bound for the private world

The other body was bound for another private world

A mouth said: There is only this world

A belly said: They have privatized the forest, the clouds, the sky, the rocks, the water, the trees, the bees, the flowers, the moon

A mouth said: The workers must defend against the privatization of everything

They were replicas of the bodies killed when the coal mine collapsed in West Virginia, China, Colombia, Chile, South Africa, Utah, Bosnia, etc…

A voice said: My bones were torn apart first by the police and then by the revolutionaries

They were struggling to solve the same question:

What does it mean to give up your body for an abstraction?

We dragged our bodies to the bank

We sang to the bankers: We feel the need to blame someone for our collective misery

The bankers sang: We are your brothers

Take these bones and suck on them 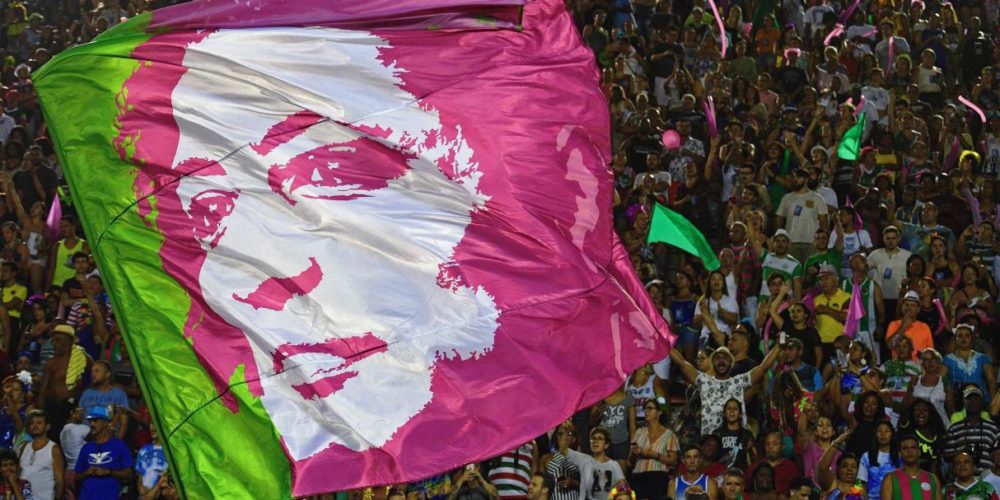 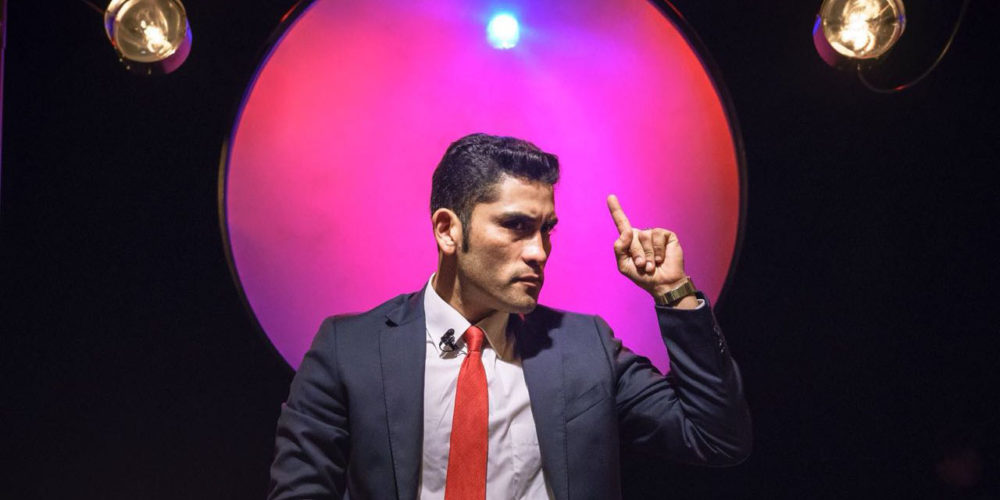 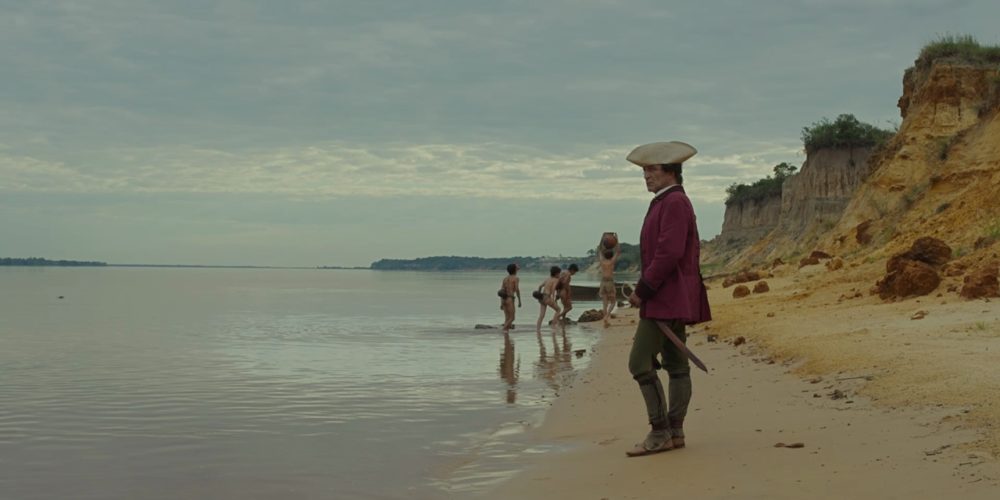 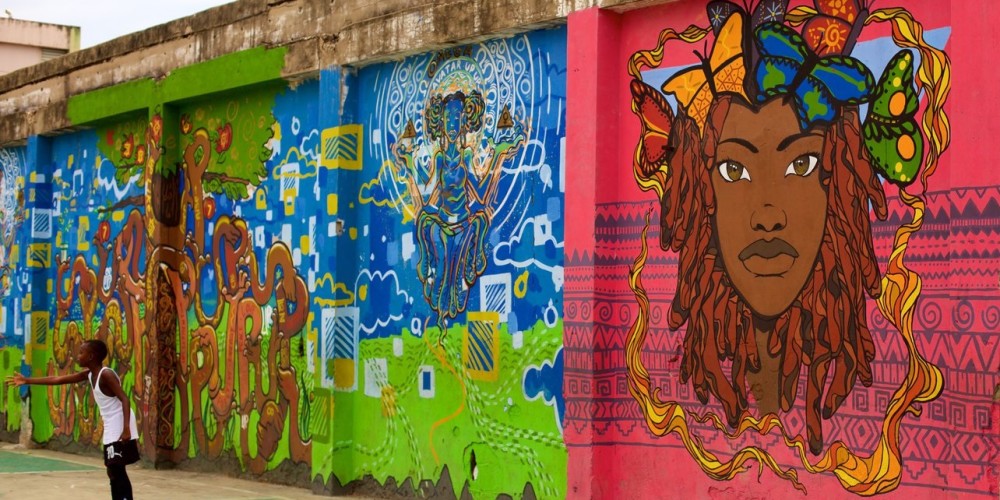 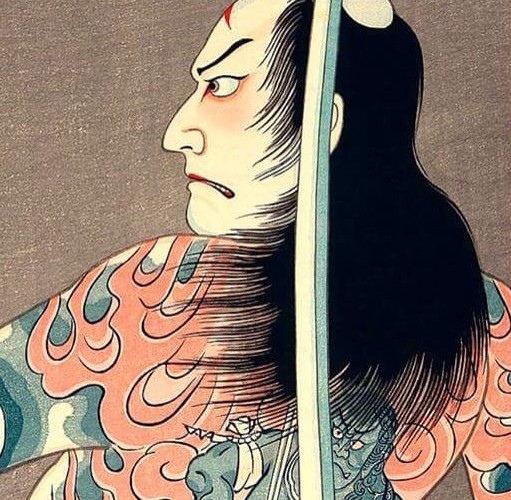